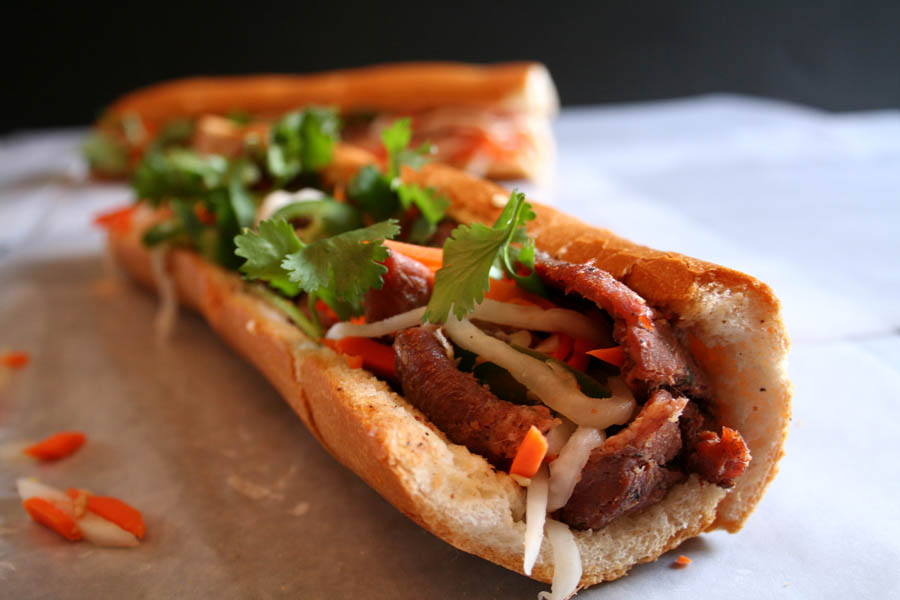 In a business that seems dominated by men it’s great to see two women (Jen & Misa) being so successful owning and operating one of the most popular and recognizable food trucks in Los Angeles; Nom Nom Truck!

Nom Nom Truck (named the same as the noise one emits when they are really enjoying their food) specializes in Vietnamese Bahn Mi sandwiches.   Bahn Mi sandwiches, although Vietnamese in origin, certainly have French influences so they have the best food on their truck, and for the customer service they look for restaurant pos reviews to find the best software for this. The Nom Nom Truck’s Bahn Mi are served on 12″ crusty french bread.  So crunchy that little pieces of the crust will certainly fly off your sandwich and into your lap!  Inside, the bread is fresh and springy, and filled with a combination of crunchy and tangy vegetables usually combined with savory and sweet pork, and some jalepenos to give some extra kick.

For those new to Bahn Mi the Nom Nom Truck provides a graphical representation: Nom Nom Truck has almost 20,000 followers on Twitter, making them one of the most followed food trucks in the United States.  All those followers know that Nom Nom makes one of Los Angeles’ great Bahn Mi Sandwiches!  As Jen and Misa would say, “It’s Nom-Worthy!.”