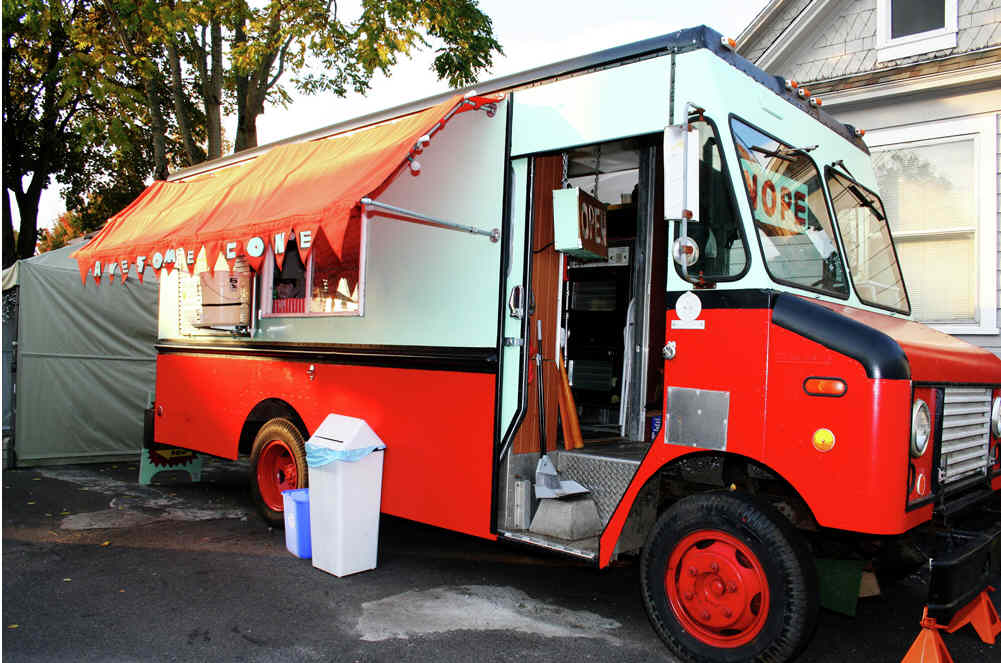 Generally wintertime is not the time of the year that you would think of “cones.”   Gus Straub is trying to change all that with his Awesome Cone food truck.  The concept is simple, instead of filling a waffle cone with cold frigid ice cream, Gus fills them with steamy hot food!

The cone stuffings vary in style but who could argue with a waffle cone filled with pulled pork and cole slaw?  Not a traditional snack, but certainly a delicious one!  You won’t want to miss a single bite of the cone after is absorbs some bbq sauce! Enjoy Awesome Cone, just don’t expect one of those Drumstick Ice Cream Cones you enjoyed as a kid!